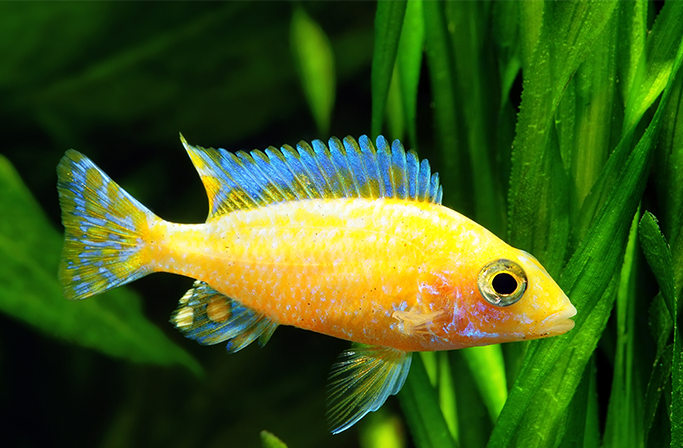 Cichlids are mainly found in West Africa, South America and Central America, with a few also found in Asia and Madagascar. With new species being discovered all the time, there are over 2,000 different species, and in fact, Cichlids areone of the largest vertebrate families in the world. These fascinating fish are often considered as one species and it’s when they are thought of in this way that problems can arise, for example the relatively common Angel fish and Blue ram which are so popular in many community tanks are both types of Cichlid. 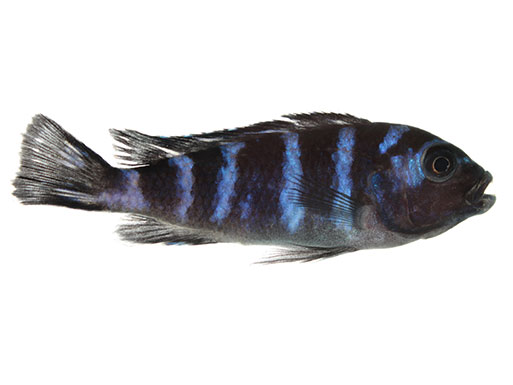 Many communities and combinations of Cichlids will live happily together and thrive, however it’s very important to take into account each different species of Cichlids’ requirements inclusive of water quality, feeding and behaviour.

What makes keeping Cichlids together challenging is that each individual species has very specific water condition requirements. They should always be kept in groups which need the same type of water. For example Lake Malawi Cichlids (from Africa) require hard alkaline, highly oxygenated water, whereas most of the South American Cichlids need soft and acidic water found in the jungle streams which they inhabit. Keeping them in this way will not only encourage better colouration, better health and less stress but the closer they are kept to nature will also help to reduce the amount of fighting over territory, food and commonly, females.

Taking into account where their wild counterparts come from is not only important for water conditions but also for habitat. For example many species of South and Central American Cichlids like to hide and spawn in and around heavily planted tanks which include bogwood. Whereas the Rift valley Cichlids thrive with large boulders and rocks, which not only makes them feel at home but can also make for a dramatic display. 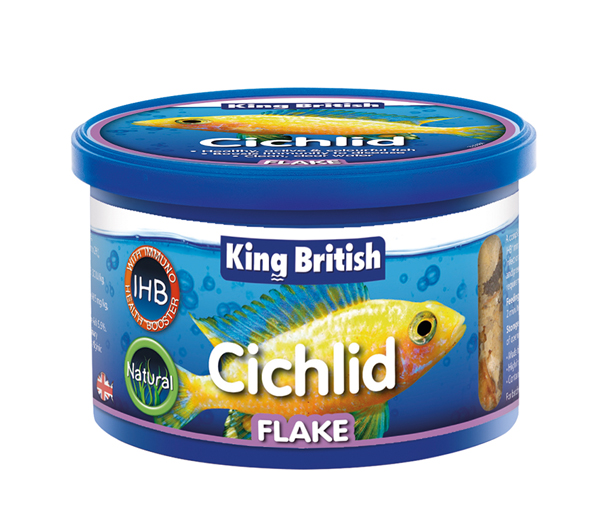 Most Cichlids are voracious feeders (although Discus are well known for being picky eaters). In the wild most Cichlids would graze all day on whatever is available (even predominantly herbivorous fish will sometimes tuck into insects and other small creatures). Feeding in this way is difficult to simulate in aquariums but can often be important (for example Discus need to feed little and often), whereas the more predatory Cichlids can eat larger meals less frequently (for example twice a day), although in the wild many would feed on large meals when the opportunity arose). What is important to remember is that any commercial diet is nutritionally superior to that which is found in the wild, so therefore smaller amounts of food will allow fish to reach their nutritional needs.

Both King British Cichlid Flake and King British Cichlid Sticks contain our unique Immuno Health Booster which helps boost immunity to disease and provide a stronger shield against infection and disease. Something which is incredibly important if your Cichlids are feeling a little bit aggressive.

It is normal for Cichlid species to be territorial and sometimes aggressive especially some of the larger species and Jack Dempsey’s, Firemouths and Convict Cichlids. This aggression instinct exists to protect territory and to ensure that each Cichlid acquires enough food (after all who doesn’t become more aggressive when they are hungry), regular feeding 2-3 times a day will help to keep tempers in check, the fish should eat everything offere a healthy Cichlid will have a healthy appetite.

Like with any aquarium set up size, observation and patience is key. Introducing fish slowly and that are of a similar size to its existing inhabitants will help to keep aggression down.

It’s not uncommon for a previously peaceful fish to suddenly take exception to its tank mates as they grow and mature. American Cichlids tend to pair up and defend an area of the aquarium and If you find you have a breeding pair it’s incredibly important to monitor the tank as they will often violently defend their eggs and/or fry.

To successfully keep healthy, happy Cichlids (or in fact all fish) it is incredibly important that the owner be as informed as possible on the needs of the specific Cichlids they want to keep and be prepared to adjust the tank set up accordingly. Regular water testing, observation and good quality nutrition will help to take care of the rest. 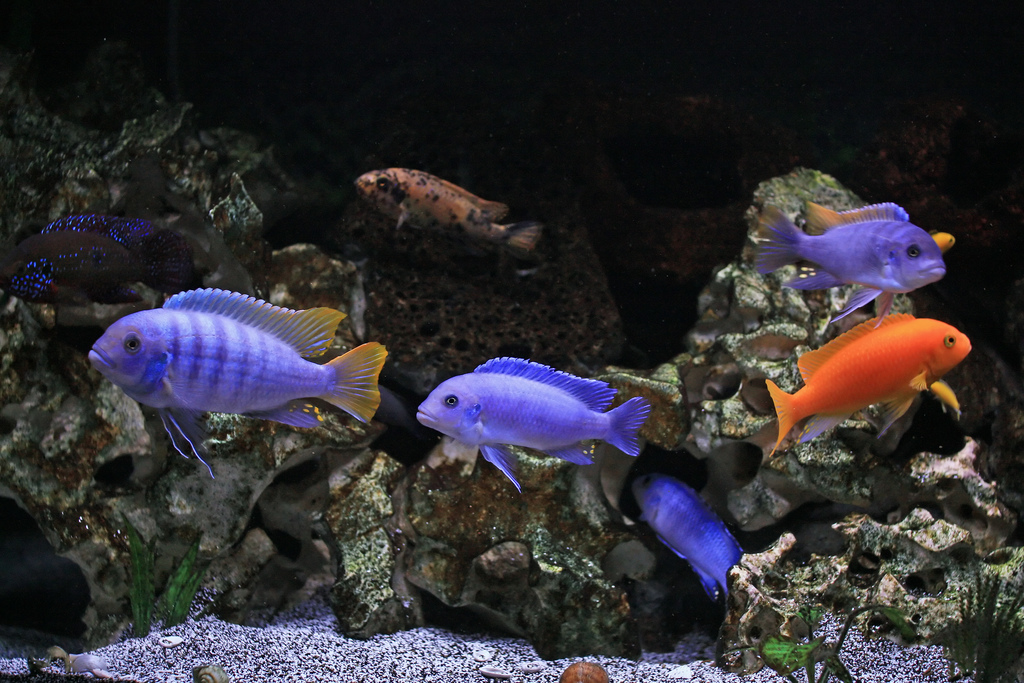 Find out the ins and outs of how your fish digests its food...

Here at King British we all love a catfish, with Plecs being a firm favourite so we have created a blog article on some key facts.