Best practice fishing - fishing done with the welfare of the environment and the fish in mind - is important to fish keepers.

For some the best ‘fishing practice’ will be to only source captive-bred ornamental fish because you can guarantee it’s caused no environmental damage. Captive breeding allows for specific colour morphs, and captive-bred fish tend to be hardier and feed better than wild-caught fish.

How has best practice fishing influenced the ornamental fish trade?

Research shows that no freshwater species have become extinct in the wild due to collection for the ornamental fish trade*. This is due to organisations at every stage of the process supporting and encouraging best practice fishing. There is also incredibly stringent legislation regarding the import of ornamental fish.

The buyers and sellers

Responsible purchasing is a key way to support best practice fishing. This can be easily achieved by asking the seller where the fish came from and how they were transported. An experienced aquatic retailer should be comfortable answering these questions. If they are unsure, they should be able to direct you to someone more qualified.

In the UK we have the advantage of knowing there are strict laws surrounding ornamental fish. All UK pet shops need a license to sell animals, and they must adhere to the Animal Welfare Act 2006.

Pet shops and aquatic retailers are required by law to hold a license in order to sell pets. The requirements for obtaining a licence are determined by the local council. The Ornamental Aquatic Trade Association (OATA) has taken an interest in pet shop licensing, and are aiming to make it more consistent. They’ve created a Primary Authority Scheme, part of which is opting into an inspection plan. This means your local authority must follow specific guidelines when inspecting your shop. As it is voluntary, it shows your customers that animal welfare is a top priority.

There is strict legislation and laws that must be followed to transport fish. In the UK, all fish must have the relevant paperwork, which may include fish health certificates and import/export permits or licenses. Fish must be packed in line with IATA (International Air Transport Association) guidelines, which state that fish must be able to survive in good health for 48 hours from the time they’re given to the airline.

Once in the UK, the fish are checked by customs officers and APHA (Animal and Plant Health Agency) vets. They make sure the fish have correct paperwork, are in good health, welfare standards have been met and there are no illegal species. The fish are then transported to retailers, during which they are protected by the Welfare of Animals (Transport) (England) Order 2006.

Most aquarium fishing is done by hand, with fishermen selecting specific fish. This ensures minimal environmental impact, and keeps the breeding population stable. The methods used vary depending on the type of fish. Catfish and bottom-feeders are gently removed from natural objects, while fish like Cardinal Tetra are shepherded into nets.

Project Piaba works with fishermen in the Rio Negro basin, Brazil. The project encourages best practice fishing, aiming to give the Rio Negro fishery, the piaberos (fisher folk) and their families a long-term future.

Mike Tuccinardi, an experienced aquarist and magazine contributor, went out with Project Piaba, and an account of his trip appeared in Tropical Fish Hobbyist Magazine. He witnessed valuable fish being returned to the water during the search for Jaguar Catfish because, although valuable in their own right, they hadn’t been asked for.

Project Piaba also runs Train the Trainers to educate people on best handling practice. The programme is for people at different levels of the trade, including piaberos, exporters and government officials. This helps increase awareness throughout the industry so fish can be safely transported from the wild to wholesalers.

Taking part in the training is also advantageous for the piaberos. Most exporters willing to pay higher prices for fish caught by trained piaberos because it ensures higher welfare standards.

Meanwhile SERNANP Peru, a specialist environmental agency, works with the fishermen of San Martin de Tipishca to create management plans for the collection of silver arowanas. Previously the fishermen caught the male arowanas, removed the fry from their mouths and sold the adult males for food. Now, the fishermen conduct a census before breeding season to calculate how many fry can be sustainably removed. They then return the male to the water so that more arowanas can be born. 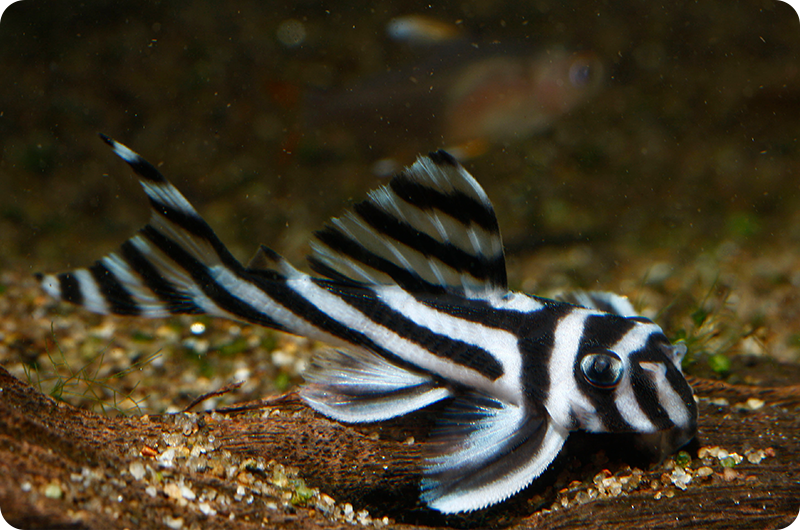 Where fishing for the ornamental trade is popular the government take an interest in safeguarding the future of certain species. The Zebra Plec and the Sunshine Plec for example have both been placed on the CITES register. The construction of the Belo Monte Dam in Brazil has damaged their habitat and affected breeding, leading them to become endangered, and therefore they are not allowed to be exported. When importing tropical fish, it is the importer’s responsibility to ensure they do not purchase banned species.

Here at King British we all love a catfish, with Plecs being a firm favourite so we have created a blog article on some key facts.

While fish are often seen as the ‘easy option’ when it comes to choosing a pet they do require dedication.