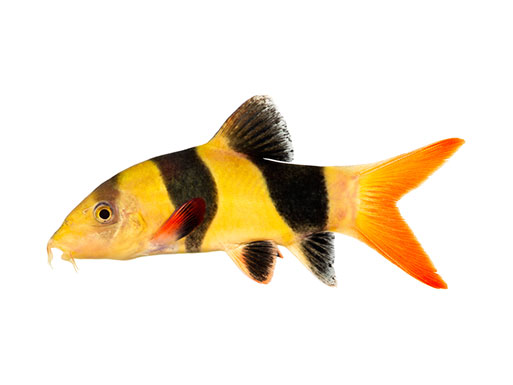 Every fish owner is bound to consider whether to keep wild-caught or captive-bred fish. When done incorrectly, removing fish from their natural habitat can damage the ecosystem or cause the species to become in danger of extinction, but when done correctly it can have a positive economic effect.

What is the difference between wild-caught and captive-bred fish?

Which fish are best to keep; wild-caught fish or captive-bred fish?

Fish-keepers want to acquire their fish in the most responsible way possible. Both wild-caught and captive-bred fish have their supporters and their protestors.

Some people prefer wild-caught fish because they believe the colours are more ‘true’ and vibrant. Others prefer captive-bred fish because they’re concerned about the effect removing fish from their natural environment may have on the fish population and the ecosystem.

The choice is entirely personal.

OATA estimate that 95% of freshwater fish are captive-bred. People prefer captive-bred fish because they are hardier, live longer and are easier to feed. Having never lived in open water, it's also thought that moving captive-bred fish to a new tank causes them less stress than wild-caught fish.

Breeding fish in captivity can help keep a species alive. Several species have come under threat due to the Belo Monte Dam, including the Zebra Plecostomus. This plec is only found in the big bend of the Rio Xingu River, but the dam’s construction has permanently changed the river’s environment and water flow. This, combined with reports of water pollution, has greatly affected the Zebra Plec’s numbers and breeding ability.

Consequently, Zebra Plecs are now on the CITES register, and are illegal to export. Fortunately, breeders were already taking steps to ensure the Zebra Plecs’ continued survival, and great advances in Zebra Plec breeding have been made.

Some say wild-caught fish will have a better genetic profile having been out in wild with a greater choice of mates, although a skilled breeder can combat this by rotating his fish to ensure genetic diversity between his breeding pairs.

Although the collection of freshwater fish for the ornamental fish trade has never caused a species to become extinct in the wild*, some fish keepers are still wary of wild-caught fish.

Fortunately, there are many organisations that work hard to make sure that best practice fishing and handling techniques are used. After all, ornamental fish are only valuable to a fisherman if they are alive, healthy and in good condition. SERNANP Peru, a specialist environmental agency, works with the fishermen of San Martin de Tipishca, to create management plans for the collection of silver arowanas. Meanwhile in the Rio Negro Basin, Brazil, Project Piaba has been operating for over 25 years. The aim is to make the Rio Negro fishery a viable long-term source of income for the Piaberos (fishermen).

Dominic Whitmee, OATA Chief Executive, visited Project Piaba and looked at the impact ornamental fishing has on the local community. His report revealed the Rio Negro fishery was exporting less wild-caught fish and that the number of Piaberos had also decreased significantly.

“This may be viewed as good news by those who consider that there should be no place in modern society for trade in animals taken from the wild. However, this is a view that does not consider the wider impacts of a decline in this fishery,” he stated.

When it comes to the Amazon Rainforest, the piaberos realise it is in their best interests to fish sustainably and keep the environment safe. Without the ornamental fish trade the piaberos would have to seek an alternative source of income.  For many it would be environmentally damaging practices like illegal logging or slash and burn activities. Other options would be fishing for the food trade or the illegal drug trade.

So, what type of fish should I buy?

Ultimately, the choice lies with the fish keeper. Whether you choose wild-caught or captive bred, always do your research. Be sure you can accommodate their environmental, behavioural and nutritional needs, and you’re happy and confident about where your fish have come from.

Fuel your Catfish Crew: give them the correct nutrition

Algae growing in tanks isn’t the most attractive thing to look at. Not only is it unsightly, but it has a negative effect on water quality which will affect the health of your fish.

Give your fish the Royal Treatment