Have you ever wondered how your fish digests it's food? If you have, read on as we've put together a step by step process guide that is easy to digest!

1.  The first element of the digestive system is the mouth. Each different type of feeder will have a specific mouth suited to their diet and feeding behaviour.


2.  The oesophagus in bony fish is short and expandable so that large objects can be swallowed. The oesophagus walls are layered with muscle and lead to the stomach.

3.  The stomach varies greatly in fish, depending upon the diet. In most predacious fish, it is a simple straight or curved tube or pouch with a muscular wall and a glandular lining. Food is largely digested there and leaves the stomach in liquid form.

4.  The junction between the stomach and the intestine is marked by a muscular valve called the ‘pyloric ceaca’. It has a digestive and/or absorptive function.

5.  The intestine itself is quite variable in length, depending upon the fish’s diet. It is short in predacious forms, sometimes no longer than the body cavity. In herbivorous fish it is typically coiled and several times longer than the entire length of the fish. The larger its internal surface, the greater its absorptive efficiency. Most fish only have one size intestine instead of a “large & small” intestine like mammals.

6.  The primary excretory organ is the kidney. Excretion also take place in the gills where ammonia is given off and released directly into the water.

By feeding a high quality food with easily accessible proteins your fish will be able to absorb more nutrients and will produce less waste. This results in not only in healthier, happier fish, but also cleaner, clearer water. 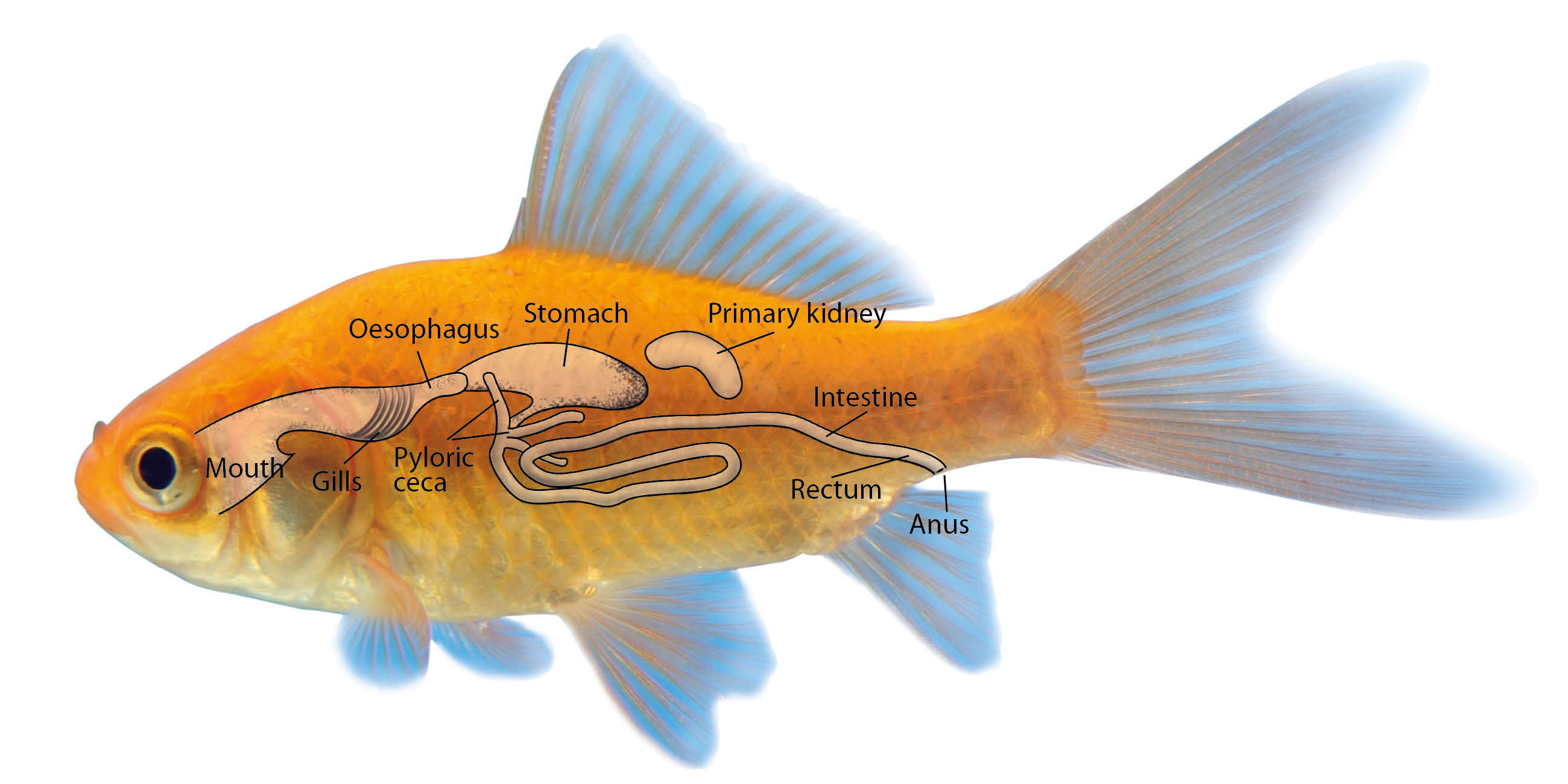 ← What is the nitrogen cycle?
How to ensure good water quality in your new fish tank →